We will compare and contrast cast iron furniture vs. cast aluminum furniture, saving you time and helping you with your next metal furniture purchase. These two metals are very different in terms of cost, durability, weight, as well as appearance, so you’ll need to take into account several factors before deciding which type is best for you.

Cast irons furniture is seen in homes and restaurants and is known for its classic design. Buyers are attracted to its look and durability, but they often confuse it with cast aluminum furniture.

Whereas, there’s a lot of difference between the two. Understanding the main differences may help you make your choice a little easier.

Also, cast iron tends to oxidate quickly when exposed to elements, unlike aluminum that becomes coated with an invisible layer of aluminum oxide, which further protects it from oxidizing.

Cast aluminum is created by mixing powdered aluminum with several binding agents and pouring the liquid material into a mold. However, aluminum smelting is different from the process used to produce cast iron. Check here to touch up or revamp your old cast aluminum furniture.

How is cast aluminum made?

Aluminum casts are produced by pouring molten aluminum into a mold, which is usually made of steel. The aluminum solidifies and forms an object, cast in various shapes. Cast aluminum is easy to shape yet hard enough to withstand everyday stresses and strains.

You will find cast aluminum in parts for appliances and machinery like engines, transmission housings, and pumps.

Cast aluminum furniture is made through a process called die casting. The aluminum alloy is heated in a furnace until it is liquid, then poured into a mold that contains the desired design.

After the metal has cooled and hardened, the mold is removed, revealing the chair or other piece of furniture. Typically, cast aluminum is mixed with magnesium and zinc to improve its strength and weight.

Cast aluminum is a lightweight alloy used in many other applications where durability is an important factor. It can easily be cast into complex shapes, resulting in furniture that can withstand even the harshest conditions.

“Alloy,” in case you’re wondering, means a mixture of metals. Cast aluminum is typically made from aluminum combined with small amounts of magnesium and silicon. This mix makes it strong and light enough to be moved by hand.

How is cast iron made? 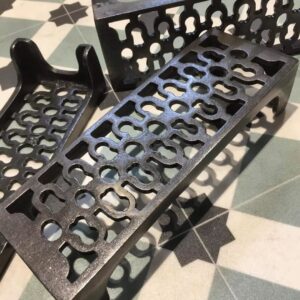 Cast iron furniture is also made by heating pig iron and iron until it becomes liquid. The hot metal is then placed into a mold. The majority of cast iron furniture on the market today is made from recycled metal or scrap metal, making these pieces sustainable and eco-friendly.

The process of recycling cast iron is not difficult, and it produces a high-quality product that can be used to make both indoor and outdoor furniture. The process begins with the removal of all non-essential parts of the piece.

Cast iron is an alloy of iron, carbon, and silicon. The cast iron process first began with the making of wrought iron, which combines iron and charcoal in a furnace, which provides superior strength and durability.

Cast iron furniture is a relatively inexpensive option for home decor and furniture, but it does require some upkeep to prevent rusting. It’s not easily moved around by wind or other forces. However, it can rust if left outside in wet conditions for too long because it’s made of metal.

Below are some of the differences between cast aluminum and cast iron furniture, and it all tracks down to how they are being made. 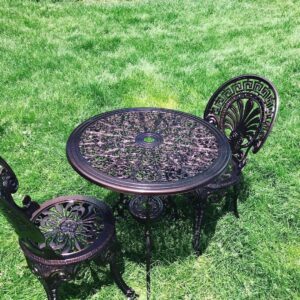 This means that cast aluminum is much more likely to break under high pressure. However, the weight of cast aluminum versus cast iron makes up for this in many situations.

The weight difference can be a huge advantage in applications where the metal needs to be moved often.

Cast aluminum offers many other benefits over cast iron including its ability to resist corrosion and its low melting point which makes it much easier to work with.

Due to these reasons, most people would choose cast aluminum over cast iron when given a choice between the two in their application.

Cast aluminum is one of the most popular metals for a wide range of products from engine parts to furniture. It is significantly lighter than steel and iron, which makes it an ideal option for many applications, but how strong is cast aluminum compared to cast iron?

Aluminum also resists rusting better, making it the preferred choice for parts that will be exposed to the elements. Both cast aluminum and cast iron are quite strong, but cast iron is the stronger of the two. That is because cast iron is denser than aluminum.

However, when it comes to rust resistance, aluminum is the clear winner. Cast iron is prone to rust due to its high iron content (iron reacts with oxygen in the air to form rust). Aluminum does not oxidize as readily as iron does and develops a protective layer that prevents it from rusting.

What is the difference between aluminum and cast aluminum?

There’s a lot of confusion in the marketplace between aluminum and cast aluminum, so we’re going to break it down for you.

After comparing the two, you may be surprised to learn that there is actually very little difference between them. The main difference is that aluminum is a pure metal that is mined from the earth, whereas cast aluminum is made from melted-down recycled aluminum products. It’s important to note that both are equally strong and durable.

Aluminum is a metal typically used in creating the frames of outdoor furniture. Cast aluminum, on the other hand, refers to an aluminum alloy that has been heated to a molten state and then poured into a mold, where it will cool until solid.

While aluminum is a metal, cast aluminum is a material. Aluminum was discovered in 1827 by Hans Christian Oersted and was refined by Frederick Wohler into the form we know of today. Cast aluminum, on the other hand, is made by melting aluminum and pouring it into a mold to make the desired shape.

In addition to strength and durability, both types of metal can have various finishes applied to them, such as paint or powder coating. Both also have a high level of recyclability. This means that they are often found in recycled aluminum products such as castings, extrusions, and forgings.

It’s worth noting that there are some other differences between the two metals. For example, cast aluminum can be anodized (a process of applying an oxide coating), while pure aluminum cannot.

Is cast aluminum stronger than aluminum?

For the most part, aluminum is a softer metal than cast aluminum. However, there are some variations in the strength of aluminum depending on how it’s produced.

Aluminum is a naturally occurring metal that was first used as early as 4000 B.C.E., as discovered by archaeologists who found evidence of its use in tools and jewelry.

Commonly created through a process called electrolysis, aluminum is one of the most abundant metals on Earth (and makes up around 8% of the planet’s crust).

Cast aluminum, on the other hand, is a type of aluminum that is produced through casting—which is when molten metal is poured into a mold and allowed to cool and harden.

It’s often used to make cookware, pistons, cylinder heads, and even decorative items like furniture or sculptures because it can be easily shaped into all kinds of forms. As for which type of aluminum is stronger, that depends on what you’re talking about.

Generally, cast aluminum is stronger than regular aluminum because it has higher levels of other metals combined with it during the manufacturing process to increase its hardness and durability against impact.

It also tends to be more expensive than aluminum that hasn’t been through this process.

Is cast aluminum the same as aluminum?

Cast aluminum is not the same as aluminum. Aluminum is a metal that is widely used in many products, including cans, foil, and other materials.

Cast aluminum is made by using a process called casting, which involves melting and then pouring molten aluminum into a mold to create castings.

Cast aluminum is used in the construction industry and is defined as “a process that involves the use of molten aluminum (or an aluminum alloy) to cast a solid piece of metal.”

The main difference between cast aluminum and pure aluminum is that an alloy, which is a mixture of two or more elements, is used in the production of cast aluminum.

Does cast aluminum get hot in the sun?

Yes, cast aluminum does get hot in the sun. It’s a popular choice for outdoor furniture for just this reason: it can absorb heat from the sun and radiate it back out as warmth to people sitting nearby.

While some metals like steel and even iron may not be able to retain heat as well as cast aluminum, others do get much hotter under the same conditions. For example, copper is known for its ability to retain heat and keep surfaces warm to the touch.

It was used in the past to line ovens because it can both absorb and retain heat. This could also make it useful in certain outdoor settings, but copper is one of the most expensive metals used in outdoor furniture.

Cast aluminum is a much more cost-effective option that still provides ample warmth on sunny days. If you are planning on putting a cast aluminum product outside, it is suggested that you take several precautions.

First, choose a coating for your cast aluminum that is heat-resistant. This could be an enamel coating or a high-temperature powder coating.

Many manufacturers will suggest their own coatings for you to use, based on their experience with outdoor use and exposure to direct sunlight.

Second, if you want to protect the surface of your cast aluminum from the effects of the weather or other wear and tear, consider covering your cast aluminum when not in use. This could be as simple as putting a cover over it or even leaving it in the garage when it’s not being used.

Third, install your cast aluminum in a shaded area if possible. This will reduce the likelihood that it will become too hot to handle and also reduce its exposure to UV rays that can cause fading or corrosion over time. 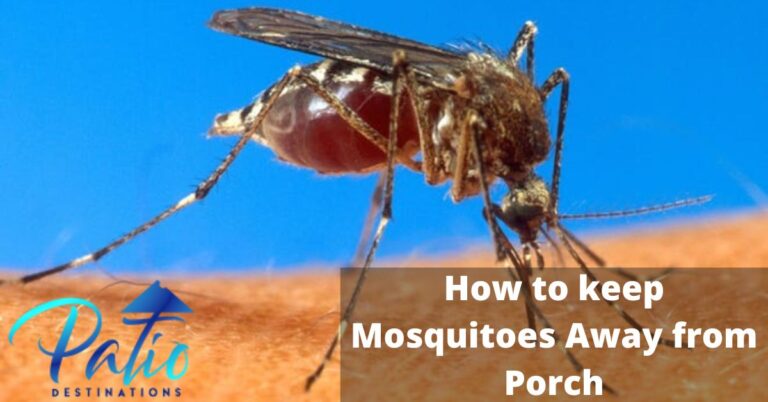 Mosquitoes can be annoying and disturbing, especially when trying to relax outdoor. For this reason, knowing how to keep mosquitoes… 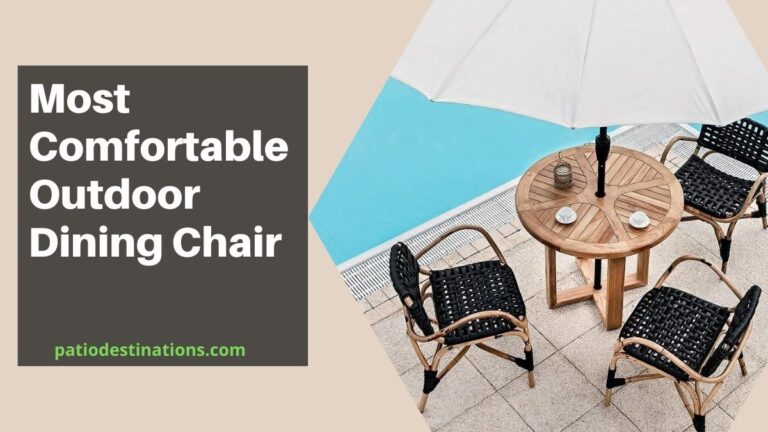 Recently outdoor dining has become a norm, especially for those with a spacious and paved outdoor area. Some make use… 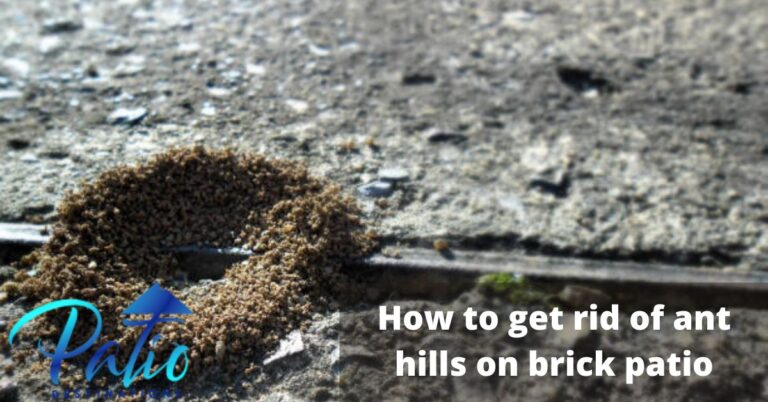 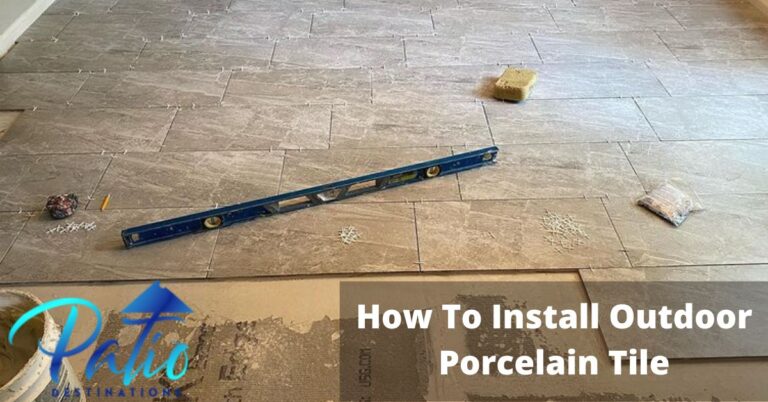 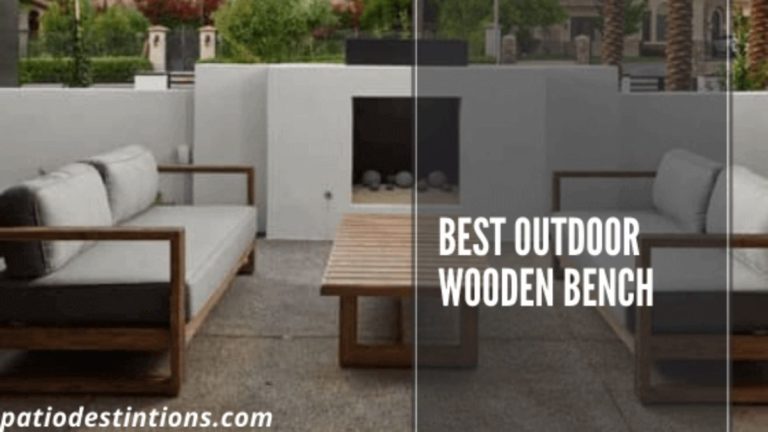 The best outdoor wooden bench should be made of durable wood that can withstand any weather. Obviously, many wooden benches… 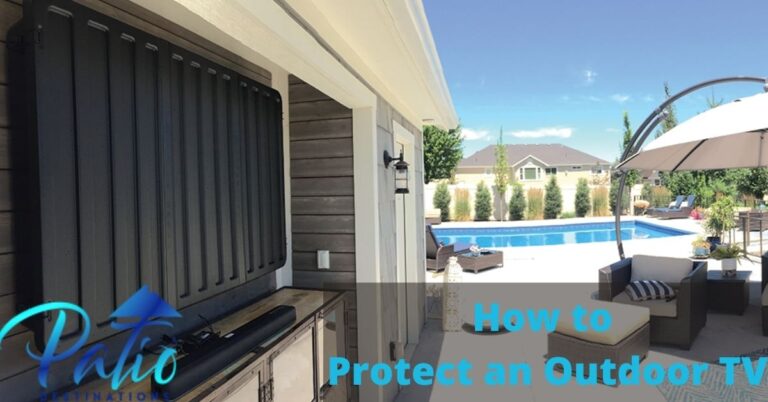 Protecting your outdoor tv goes beyond shielding it from being stolen but also enhances your television’s durability. So when looking…